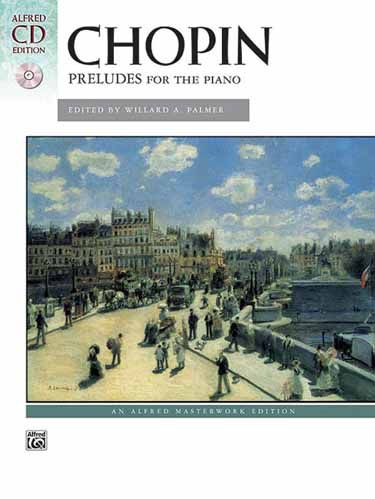 The 24 Preludes, one in each major and minor key, are among Chopin's most masterful works. Ranging from miniatures for intermediate-level students to lengthier works for advanced pianists, the Preludes were written in a monastery during the winter of 1839. The preface to this historically informed edition contains a thorough discussion of pedaling, tempo, ornamentation and rubato in Chopin's piano music in general and the preludes specifically. Also included is an outstanding CD recording from the Naxos label by internationally renowned artist Idil Biret. She has made more than 70 recordings and has received numerous awards including: Lily Boulanger Memorial, Boston; Harriet Cohen - Dinu Lipatti gold medal, London; Chevalier de l'Ordre du Merite, France; State Artist, Turkey and many others.